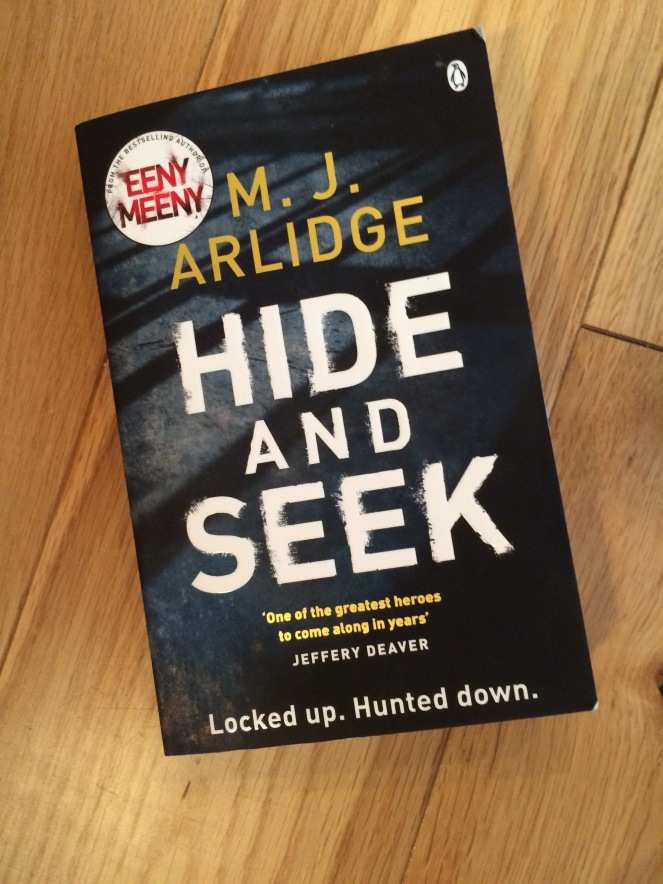 The 6th in the DI Grace series and another very decent crime thriller from M J Arlidge. This review will contain spoilers for anyone who hasn’t read the preceding books, sorry folks impossible not too!

PRISON IS NO PLACE FOR A DETECTIVE

DI Helen Grace was one of the country’s best police investigators. Now she’s behind bars with the killers she caught

She knows there is only one way out: stay alive until her trial and somehow prove her innocence.

LOCKED UP WITH A KILLER

But when a mutilated body is found in the cell next door, Helen fears her days are numbered. A murderer is on the loose. And she must find them. Before she becomes the next victim.

I am a fan of the DI Helen Grace series and feel the author has written a fast paced, gritty crime series all with intricate, well thought out plots, solid characters with their own stories and nasty criminals needing to be caught! The books follow on sequentially but all could be read as standalones – although I don’t personally know why anyone would choose to unless reviewing / blogging…that’s the only reason isn’t it??

Anyway this book, Hide and Seek picks up from where Little Boy Blue finished, Helen is in prison, framed for murder. Not surprisingly this book is mostly set in the prison environment, with the exception of DI Grace’s loyal sidekick DS Charlie Brooks’ singlehanded campaign to seek justice for Helen regardless of the views and commands of her Police superiors.

The prison setting is tough with Helen naturally being a target, tension mounts after the first murder with some pointing the finger at Helen. Unable to ignore her investigative instincts Helen begins her own search for the killer as further slayings occur.

I did enjoy this book, it was a fast read and the plot was engrossing and flowed well. The prison was grim with a cast of colourful characters and the scenes of squalor and violence were vivid and disturbing, really drawing me, as the reader in, causing me at times to feel genuinely concerned for our protagonist. However, and yes there is a but….only a small one as this was a hugely entertaining novel, but this book did require a stretch of the imagination for me. In terms of Helen happening to be in prison as a serial killer launches their campaign… her ability to then investigate seemed far fetched in parts and later when DS Brooks needed to gain access to the prison, aside from driving through the barriers I was unclear how she got into the building. But this is fiction right? And this is a crime thriller and it had crimes and it was thrilling for sure, so these criticisms aren’t major and they didn’t spoil the experience at all. Not my favourite book of the series but a great and entertaining read none the less and I am looking forward to reading the next one – Love Me Not.