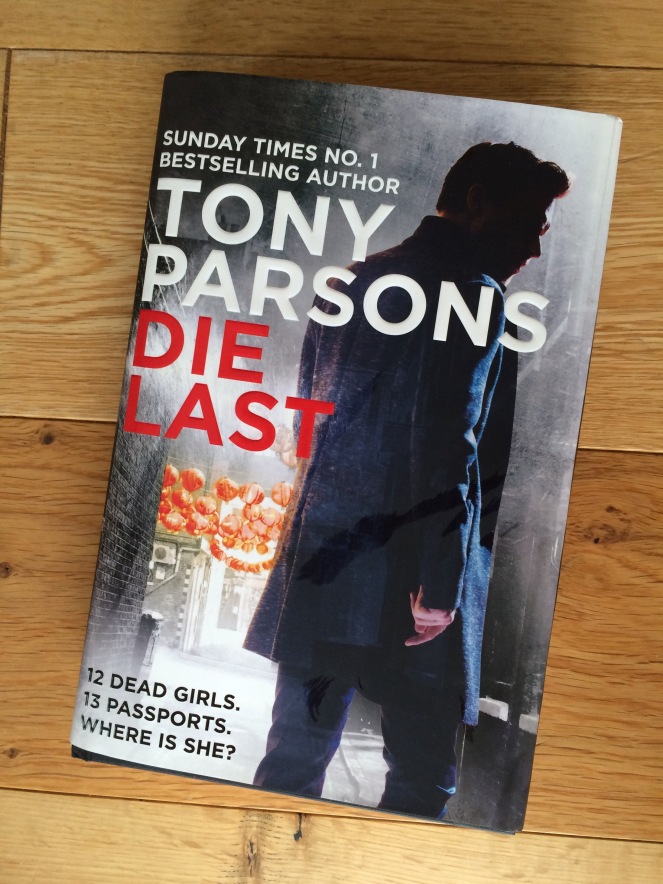 The 4th book in this very decent detective series starring DC Max Wolfe, working in the Homicide Division in London’s West End Central at 27 Savile Row.  As a fan of this series from the start, this very contemporary crime thriller did not disappoint.

As dawn breaks on a snowy February morning, a refrigerated lorry is found parked in the heart of London’s Chinatown.  Inside, twelve women, apparently illegal immigrants, are dead from hypothermia.

But in the cab of the abandoned truck, DC Max Wolfe of West End Central finds thirteen passports.

The hunt for the missing woman will take Max Wolfe into the dark heart of the world of human smuggling, mass migration and 21st century salve markets, as he is forced to ask the question that haunts our time.

What would you do for a home?

With much in the recent news about human trafficking and the ‘jungle’ at Calais, headlines of modern slavery and sexual exploitation, this book hit a contemporary note detailing the criminal underworld that thrives on the movement of people and ineffective border control and immigration policies.  From the ‘open borders’ campaigners masquerading as ‘hippies’ in Calais, to the London ganglands, Max Wolfe has his work cut out tracing the missing 13th women, hoping her story will lead him to the masterminds behind the horrific crimes which left a death toll of 12 and rising.  Capturing the human impact – the dispensable nature of trafficked people, alongside the opportunist money earner carrying a few people in the back of their van, with no further thought for the next part of the journey, this novel requires the reader to think of all these factors.

As with all crime fiction series, these books are best read in order, over the preceding 3 books the reader learns the backstory of likeable Max, a lone father living in London with his daughter.  A devoted police officer with a similarly committed female side kick in DC Edie Wren and a DCI made hard and brittle by recent events.  A winning formula perhaps in the male / female partnership, but this does work well, particularly with the new Trainee DC Billy Greene in the loop and the slightly maverick DC Wolfe happily pursuing lines of investigation alone, in the pursuit of justice.

Scotland Yard’s Black Museum  features in each of these books giving interesting historical facts about London’s criminal past interlaced with fictional characters created by Tony Parsons.  This serves to construct an authentic feeling, London based crime story, with references to known mobsters such as the Krays, and known landmarks such as London Bridge and Smithfields Market, these books read as gritty, fast paced, city based crime stories.  Which to date have come up tops for me every time and still going strong.

Highly recommended for those crime fans out there.